The Department of Homeland Security paid $12 million to a consortium of private actors to censor President Joe Biden’s political opponents and engage in election interference on social media platforms.

The bombshell report was revealed by Robby Starbuck, who had made a bid for U.S. Congress in Tennessee’s House District 5, before running into opposition from the Republican Party to appear on the GOP primary ballot.

“THREAD: DHS coordinated with a group called the ‘Election Integrity Partnership'” to censor Biden’s opponents. I’m on the EIP’s list with @charliekirk11, @RepMTG, @DonaldJTrumpJr, @JackPosobiec & more. I was censored while I ran for Congress. Biden’s regime paid EIP groups 12M+!” Starbuck wrote in a Twitter thread.

“For all of us this was a gross violation of our rights and a blatantly illegal act by the US Government. In my specific case this was state sponsored election interference. In this thread I’ll explain who’s involved and what they did. They crossed lines that can’t be uncrossed. This is who makes up the EIP”:

“Screenshots below show the grant $ each of them received from the Biden Admin.” 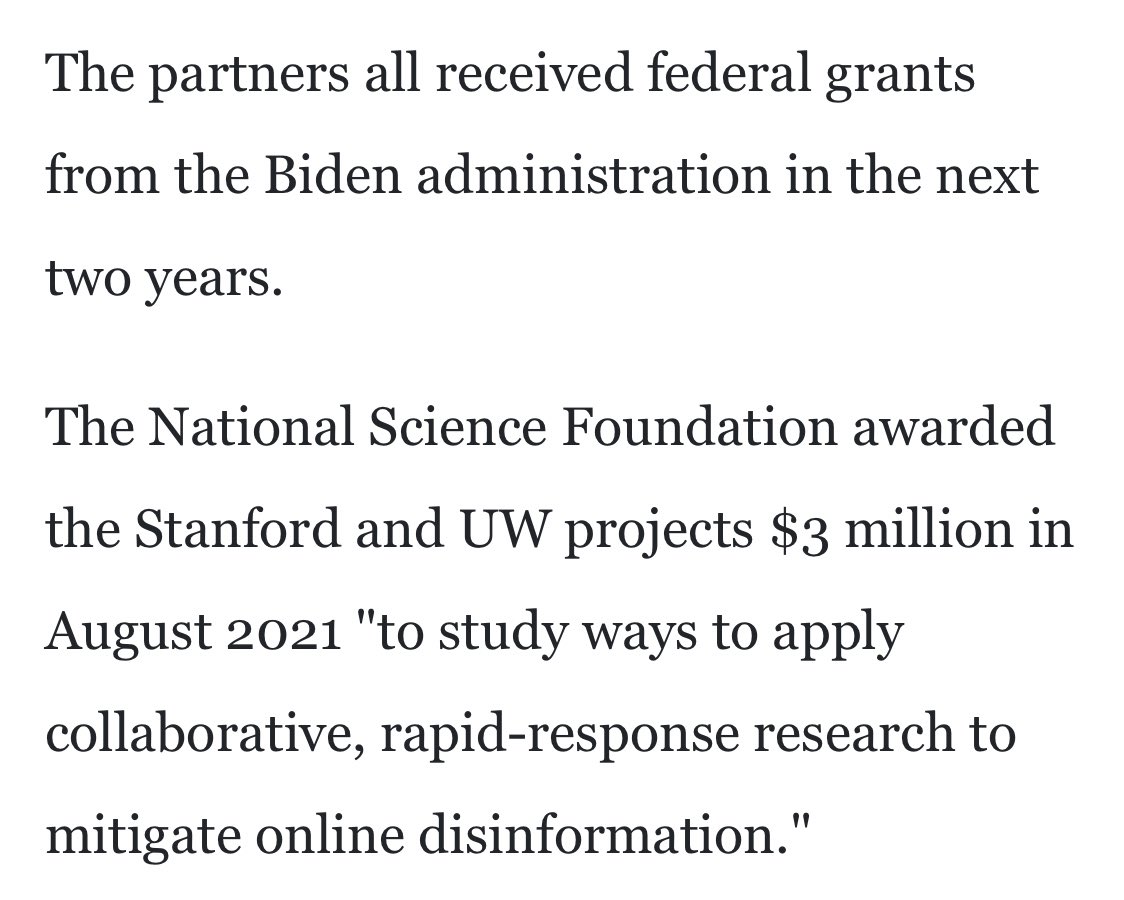 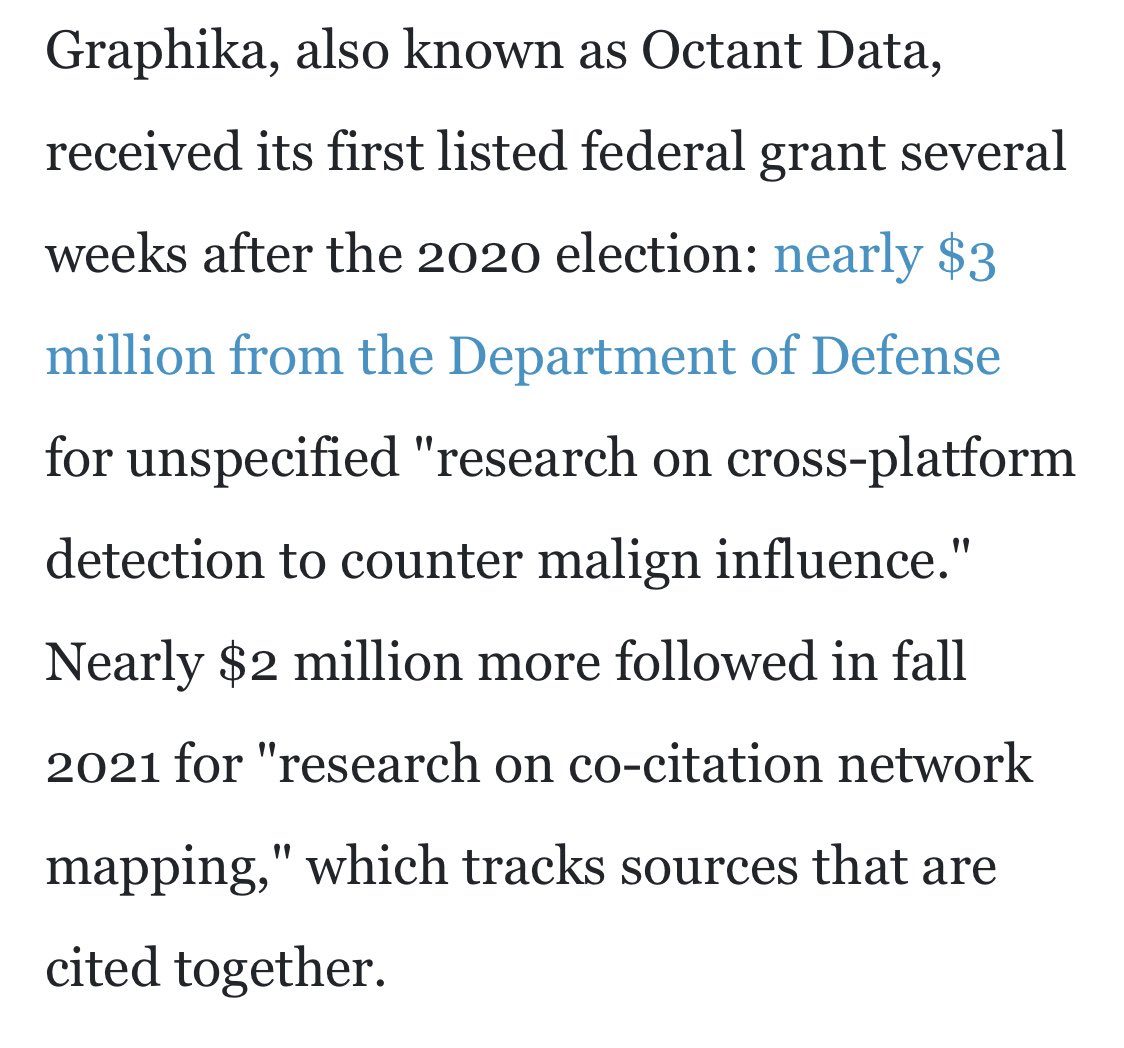 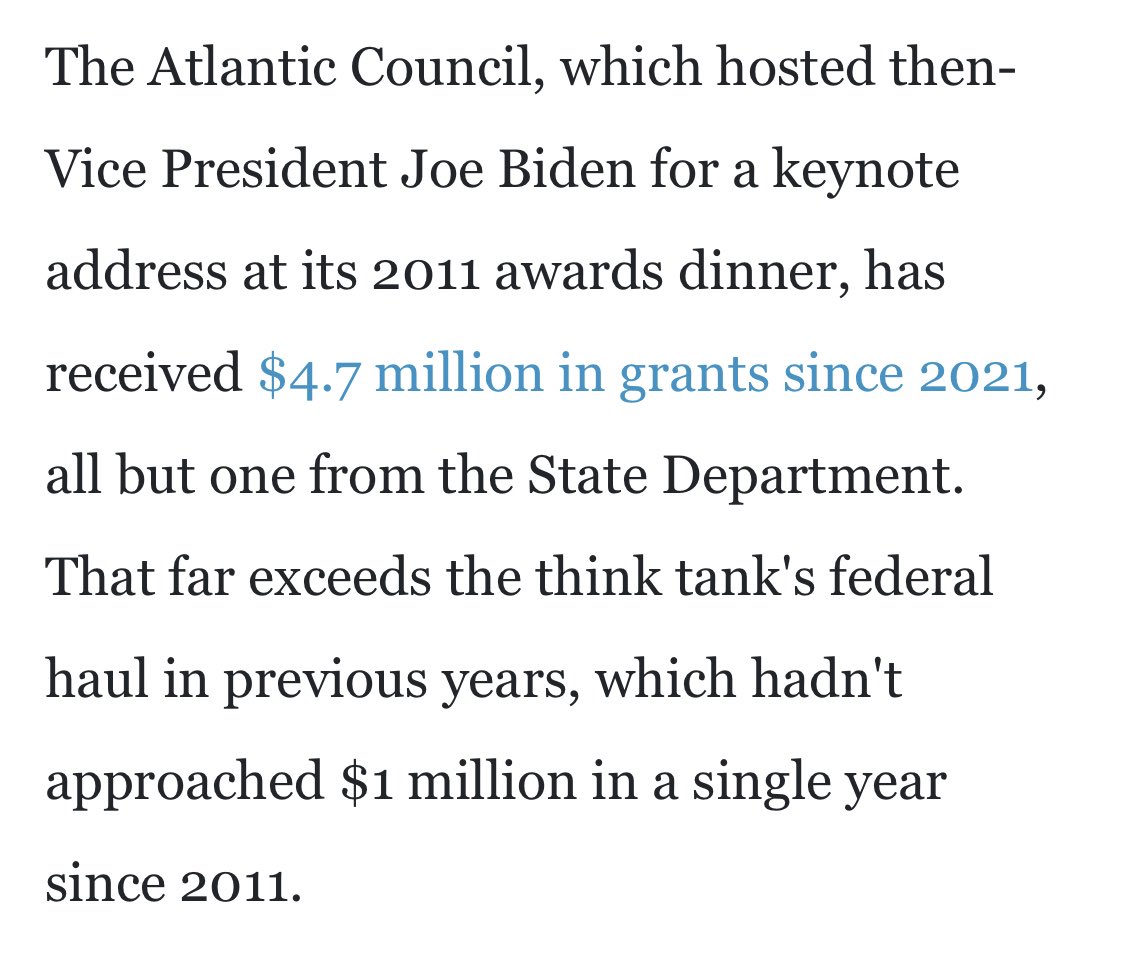 “The simplest way to explain the way the EIP works is to compare it to something you already know,” Starbuck went on. “You know how the CIA & DOD use contractors to fight battles they don’t want to be seen fighting in an official capacity? That’s essentially the EIP but acting as a Ministry of Truth. How it worked: DHS, the State Department, the DNC, Common Cause and the NAACP would file tickets with the EIP on posts or people they wanted censored. The EIP did the dirty work of going to Big Tech. @jsolomonReports breaks it down perfectly in this piece. (justthenews.com/government/fed…) That’s how easy they made it. DHS, the DNC and others just filed a ticket with the EIP who then acted as their messenger to demand Big Tech take action on the posts or people flagged by the United States Government or the DNC and their report shows Big Tech delivered for them. The EIP created what’s been called an ‘enemies list’ of a select group they branded as misinformation in need of censorship. I was one of them & have the distinction of being the only one who was running for Congress while the EIP worked to censor us on behalf of the government.” 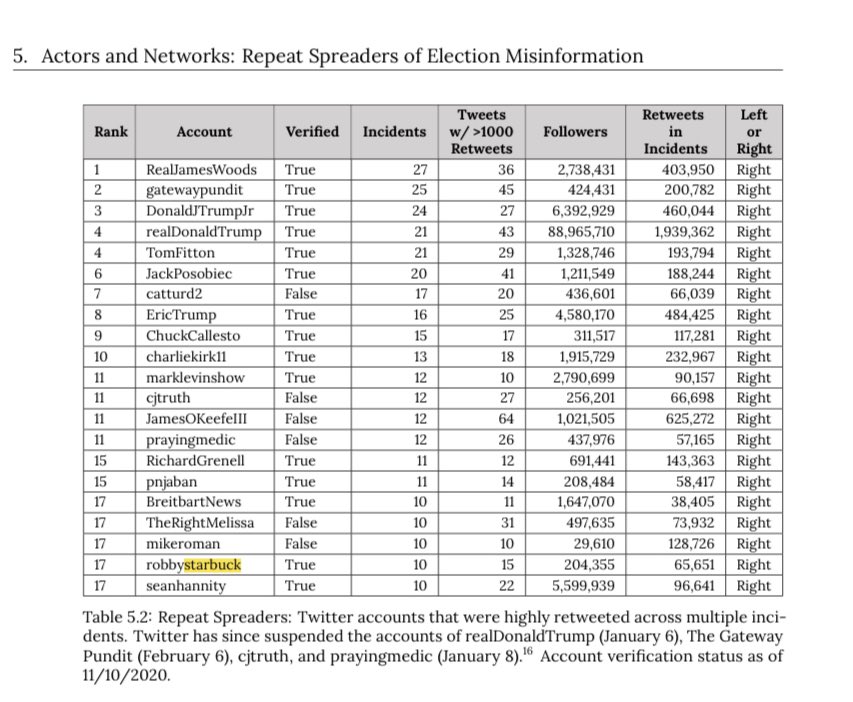 “Some context: I announced my run for Congress in Nov. of 2020. The EIP operation lasted through 2021. That means that they worked to censor and malign a Congressional candidate on behalf of the US government and the Democratic Party. Sadly, they were successful. Let me explain…,” he added. “During the course of the EIP’s communication with Big Tech, my accounts on IG & Twitter were put on a search ban which remains to this day & thousands wrote that Twitter made their accounts unfollow me. This was clear election interference and an in kind donation to my opponents.”

“Here’s another great @jsolomonReports piece that breaks this down in even more detail.” he went on. “They didn’t just do it to me, they did it to @RepMTG and other enemies of the Biden regime too. The damages for all of us and for our country are incalculable. (justthenews.com/government/con…) This thread is already getting long but if anyone really wants to get their wheels turning, look up each of the four groups that make up the EIP and you’ll find the insidious ties they have to characters like George Soros.”

“Soros for example is a donor to the Atlantic Council,” he noted. “Remember: This coordination, the grant money, the enemies list, the election interference and the people involved is what we know BEFORE discovery in any lawsuits. Imagine the facts AFTER… Speaking of discovery, you know who else was on the list? My lawyer @pnjaban.”

“My family came from Cuba where Marxists have enemies lists to target and silence opponents they fear most, economic ruin, a committee that removes candidates from ballots, fraudulent elections + total control of media, academia and culture. Sound familiar?”

“This is the road to hell we’re on forever if we don’t stand up together to this modern day communist regime masquerading as ‘Democrats’. The government crossed an unprecedented line by coordinating to censor Americans and interfere in an election to keep me out of Congress. Every move they made to stop me and others on the list was an attack on you, your vote and our values as a nation,” he added. “I haven’t yet begun to fight these communists and I suspect I’m not alone. These communists can delay the inevitable but it’s still inevitable. The people will win.”

The Election Integrity Partnership is back in action again for the 2022 midterm elections, raising concerns among civil libertarians that a chilling new form of public-private partnership to evade the First Amendment’s prohibition of government censorship may be expanding.

Three liberal groups — the Democratic National Committee, Common Cause and the NAACP — were also empowered like the federal agencies to file tickets seeking censorship of content. A Homeland-funded collaboration, the Elections Infrastructure Information Sharing and Analysis Center, also had access.

This is not America. It is a far more egregious attack on citizens’ Constitutional rights than anything that happened under the Trump administration. There must be accountability before the free country we grew up in is gone forever.