Attorney General Merrick Garland is facing Articles of Impeachment immediately after the Democratic Party loses control of the House of Representatives, as is expected to be the case following the 2022 midterm elections.

The Articles of Impeachment have already been filed by Rep. Marjorie Taylor Green, a Republican from Georgia.

“What they’ve been doing to President Trump is political persecution,” Rep. Greene said earlier from the Capitol steps. “Merrick Garland has abused his position of power as the attorney general to politically persecute Joe Biden’s enemies.”

“And the whole purpose of this is to prevent President Trump from ever being able to hold office,” Greene added. “So, I’m on my way in the capitol right now. And I’m introducing Articles of Impeachment on Merrick Garland, because we cannot tolerate this in America, where our great institutions are wielded and abused in such a way to defeat people’s political enemies. That’s not what this is for. And it should never exist.”

Henry Rodgers of the Daily Caller reported on the Articles of Impeachment in a ‘scoop.’

They can be viewed in full below: 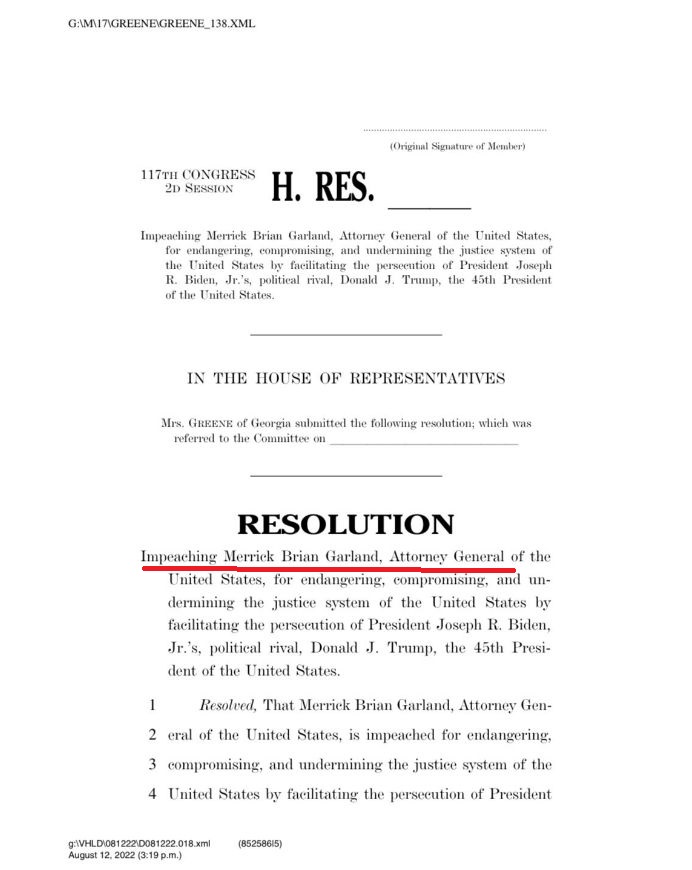 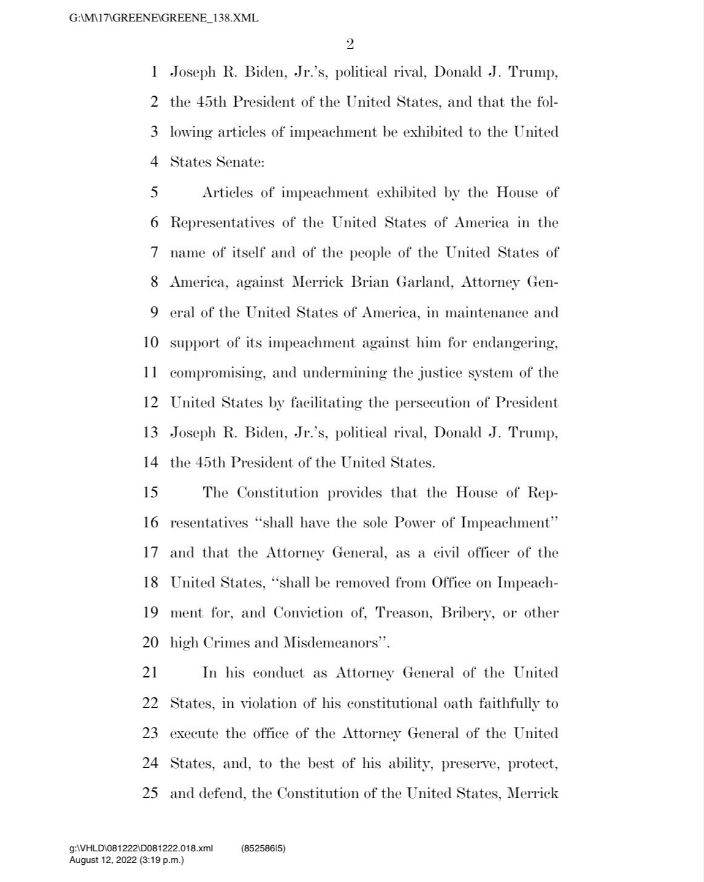 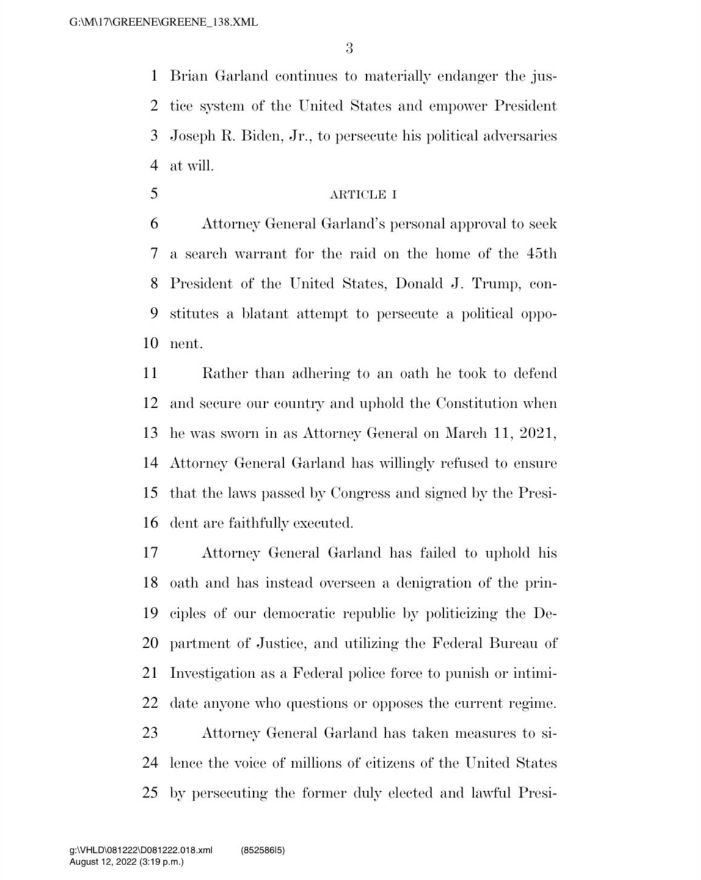 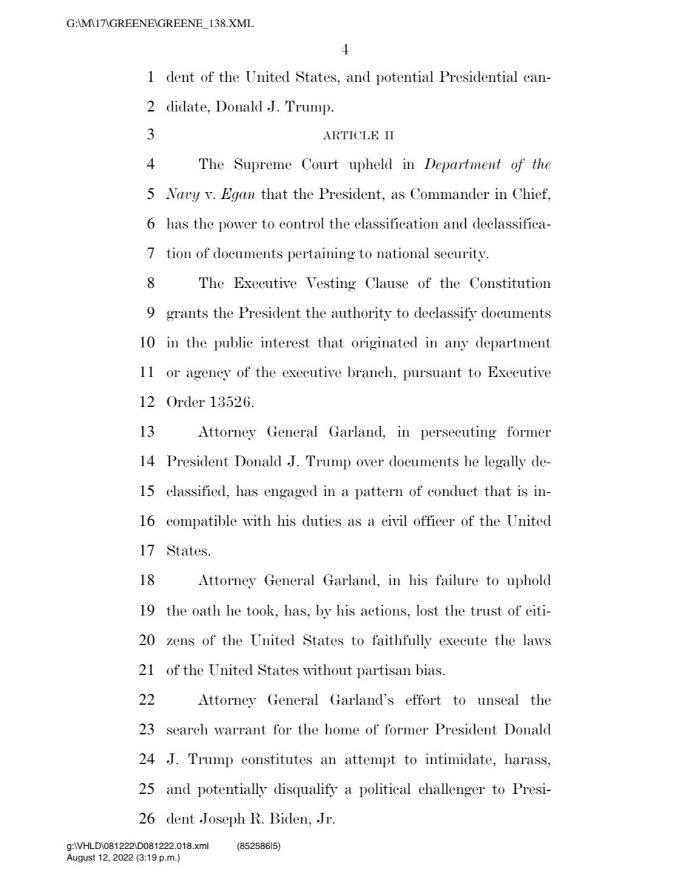 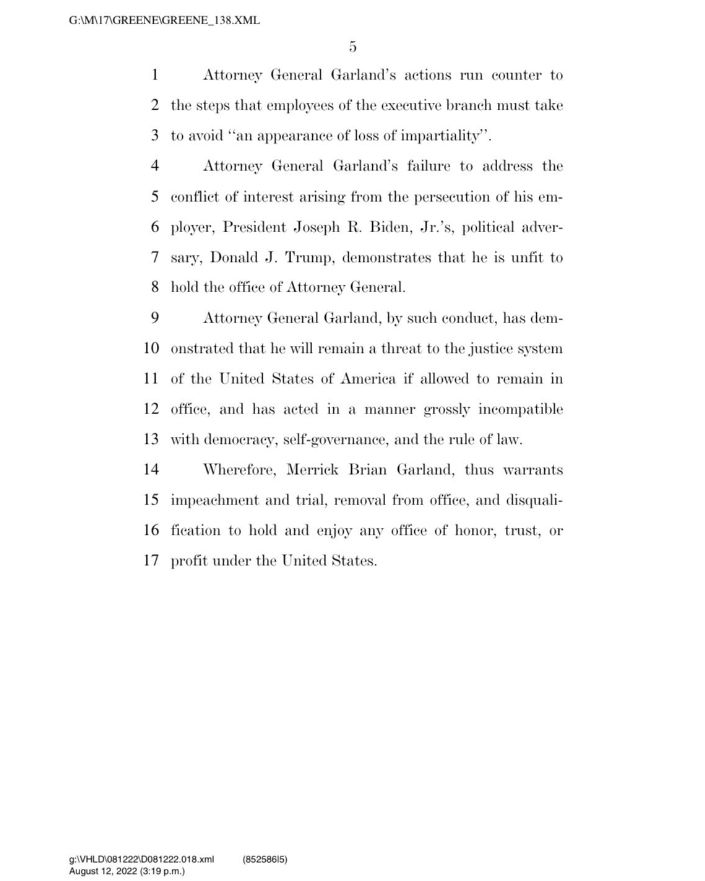 Since Merrick Garland ‘personally approved’ of athe FBI’s raid of a former president who denied him a Supreme Court Justice seat, there is a case to be made that this smacks of political revenge being carried out by abusing the Office of the Attorney General.

It is time for Attorney General Merrick Garland to resign. And if he does not resign, then he risks being impeached by the expected Republican-controlled House of Representatives.