An FBI Special Agent who has a track record of mishandling politically sensitive investigations has resigned and was escorted out of the bureau’s headquarters, according to reports surfacing on Monday afternoon.

“A senior FBI official in the bureau’s Washington field office has abruptly resigned after coming under congressional scrutiny for suspected political bias in handling the investigation of Hunter Biden’s computer laptop,” the Washington Times reported.

“The Washington Times learned that Timothy Thibault, an assistant special agent in charge, was forced to leave his post according to two former FBI officials familiar with the situation,” the Times added. 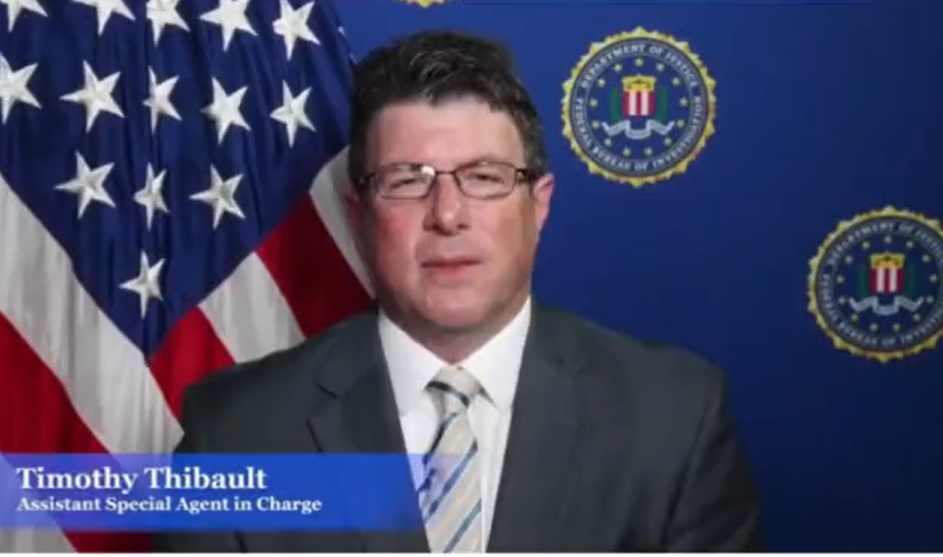 “It is unclear if Mr. Thibault, a 25-year FBI veteran who was on leave for at least a month following revelations about political statements he made while leading the public corruption unit, left on his own accord or was forced out,” the report added.

Thibault also had a track record of “political bias” while mishandling Trump investigations.

“Former Special Agent Thibault was accused of displaying bias in his handling of politically sensitive investigations, including the criminal investigation of Hunter Biden’s laptop and FBI probes of former President Donald Trump,” Just the News reported.

“Whistleblowers alleged that Thibault concealed the partisan nature of evidence from FBI Director Christopher Wray and Attorney General Merrick Garland to secure their approval to open an investigation into former President Donald Trump,” the report added. “That investigation culminated in the FBI’s raid on Trump’s Mar-a-Lago estate earlier this month.”

“Department guidelines require employees to avoid even the appearance of bias, which could undermine investigations or call into question the credibility of the department’s work,” the senator’s letter said. “However, Timothy Thibault, an assistant special agent in charge (ASAC) at the FBI’s Washington Field Office engaged with and amplified partisan content on social media, sometimes under the label of his official job title. Thibault is assigned to oversee public corruption matters, which are often highly sensitive, and involve political figures.”

“It has come to my attention that while serving in a highly sensitive role that includes threshold decision-making over which Federal public corruption matters are opened for investigation, Assistant Special Agent in Charge (‘ASAC’) at the Washington Field Office, Timothy Thibault, likely violated several federal regulations and Department guidelines designed to prevent political bias from infecting FBI matters, including the Attorney General Guidelines for Domestic FBI Operations and FBI social media policies. … ASAC Thibault has demonstrated a pattern of active public partisanship, such as using his official title for public partisan posts relating to his superiors and matters under the FBI’s purview, that is likely a violation of his ethical obligations as an FBI employee,” Grassley wrote in his letter to Attorney General Merrick Garland and FBI Director Chris Wray.

FBI Director Christopher Wray even said in Senate testimony that the FBI agent’s partisan social media posts and attempts to suppress information in the investigation into Hunter Biden’s business relationships were “deeply troubling.”

As reported earlier at Becker News, Thibault is far from the only politically biased FBI agent or Justice Department official directly implicated in an unprecedented raid on a former president’s home.

The Washington Field Office has thus been highly involved in many of the most politically charged, high profile cases in recent U.S. history. The RealClearInvestigations piece raises some intriguing names involved in the recent, unprecedented raid on a former president that followers of the Russiagate scandal should be familiar with.

“An examination of the bureau agents involved in the Mar-a-Lago raid reveals other connections between them and FBI officials who played key roles in advancing the Russiagate hoax,” Paul Sperry writes.

The critical thing to note about Bratt, as was noted in an anonymous tip from Truth Ninja, is that he was a “resource of the Mueller investigation and worked directly with Andrew Weissman.” Russiagate followers will recall Andrew Weissman, nicknamed as ‘Mueller’s pit bull.”

Jay Bratt played a critical role in preparing the terrain at Mar-a-Lago in June for the FBI raid in August. His names are all over the redacted search warrant affidavit records.

“Bratt, the top counterintelligence official at Justice, traveled to Mar-a-Lago in early June and personally inspected the storage facility while interacting with both Trump and one of his lawyers,” Sperry notes. “Trump allowed the three FBI agents Bratt brought with him to open boxes in the storage room and look through them. They left with some documents. After leaving, Bratt made a request to Trump’s lawyer for increased security at the facility and asked to see surveillance footage from the security cameras. The lawyer complied with the requests.”

“Months went by before the Justice Department took the politically explosive step of sending FBI agents unannounced to Trump’s home, seizing documents, photos, and other items not just from the storage facility but from multiple rooms on the property, including the former president’s office,” Sperry adds.

Special Agent Thibault’s sudden resignation at the FBI is a tacit admission that the Hunter Biden case and the Trump cases are fraught with political partisanship. There must be more than abrupt resignations if the rule of law is ever going to be restored in America.