It was his relationship with the scandal-plagued brother that has landed him in hot water with CNN. The least-trustworthy name in cable news has “indefinitely suspended” Cuomo. Donald Trump reacted to the news Tuesday night: 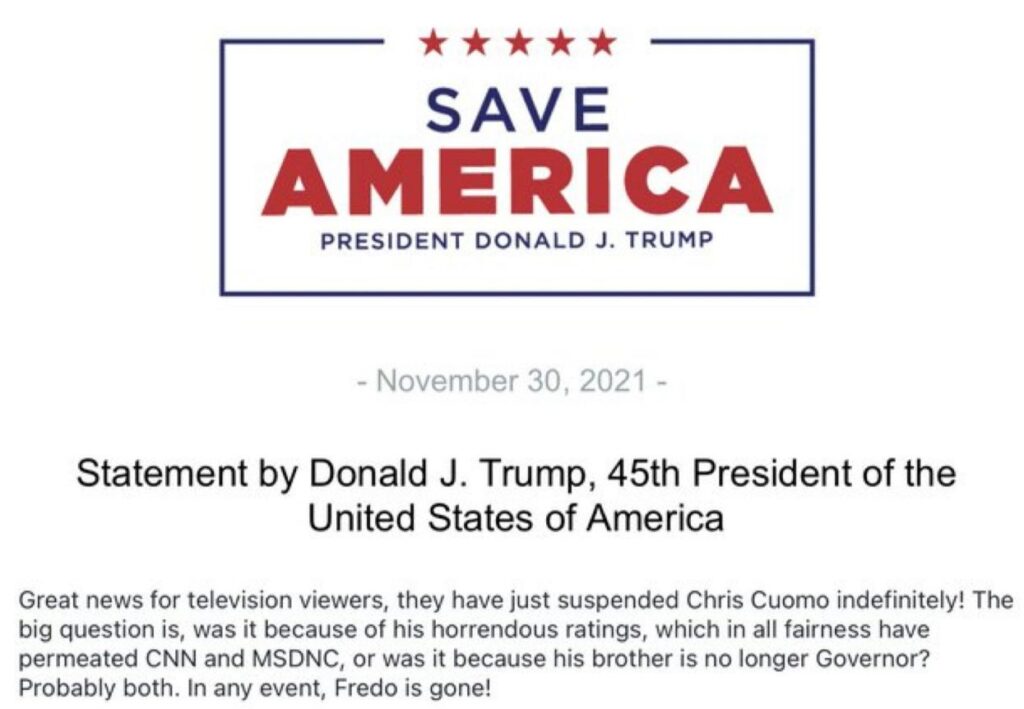 “Great news for television viewers, they have just suspended Chris Cuomo indefinitely!” Trump said in a statement. “The big question is, was it because of his horrendous ratings, which in all fairness have permeated CNN and MSDNC, or was it because his brother is no longer Governor?”

In the 348-page transcript of Chris Cuomo’s July 15 interview with investigators, the special deputy appointed by the New York AG’s office asked Chris Cuomo if he had discussed the #MeToo movement with his brother.

He admitted that he spoke “generally” with his brother about the topic, and added “former President Trump” when asked for specifics.

When asked what exactly was discussed about “Me Too” and Trump, Chris Cuomo replied: “The nature of what was resonating and what wasn’t and why and what that meant about what was happening in society and the media.”

Chris Cuomo is no longer “resonating” with his employer or with the American public. That is one strong reason that Chris Cuomo’s “indefinite suspension” means he will be permanently out as a primetime host at CNN.