The Federal Bureau of Investigation has not caught the criminal-at-large who was caught on surveillance video allegedly planting pipe bombs near DNC headquarters on the night before January 6.

This is itself a red flag. While the FBI have been able to snare MAGA grandmas who were led into the Capitol building with all-but-a-red-carpet-welcome by the Capitol Police, only to now be rotting in a D.C. jail awaiting trial for such heinous crimes as ‘parading without a permit,’ the Bureau seems unable to capture the most dangerous January 6 menace of them all. Why?

It’s not for lack of evidence or identifying information. In September, the FBI released new CCTV video of the suspected bomber. NBC News featured the video in a report.

“They say they don’t know who this person was and that’s why they keep releasing these videos, hoping that somebody will see something that will strike them familiar and they’ll call in a tip,” NBC News’ Pete Williams said.

It is interesting that NBC News notes the bomb threats pulled police away from the Capitol. It was the bombs’ discovery that had actually caused Congress to be evacuated to begin with, and not the threat of the riot itself.

“The discovery of a pipe bomb outside the Republican National Committee headquarters in Washington on Jan. 6 prompted police to evacuate two congressional buildings, not, as was believed, the attack on the U.S. Capitol,” as the Washington Examiner reported in February.

A CNN report showed the stakes were even higher than previously believed: Kamala Harris was purportedly at DNC headquarters and had driven past the pipe bombs.

“Then-Vice President-elect Kamala Harris drove within several yards of a pipe bomb lying next to a bench outside the Democratic National Committee headquarters on January 6, 2021, and remained inside the DNC for nearly two hours before the bomb was discovered,” CNN reported, citing law enforcement officials.

Now, Julie Kelly of American Greatness is reporting yet another odd “coincidence” about the person who originally reported the pipe bombing and her ties to the FBI.

“Which leads us to the woman who ‘found’ the pipe bombs outside the RNC right just before the joint session gaveled in on January 6,” Kelly finds. “Karlin Younger is described in news reports as a ‘resident’ of D.C. or an employee of the Department of Commerce.”

“But Younger’s résumé is a bit more detailed,” Kelly adds. “On January 6, when she took a midday walk to the laundromat and found the first pipe bomb, Younger was a project manager for FirstNet Authority, a public-private partnership between AT&T and first responders to prioritize emergency communications during an attack or disaster. Standing board members for FirstNet include the attorney general and secretary of Homeland Security. Several federal agencies, including the Justice Department, use FirstNet services.”

“And a few weeks before January 6, FirstNet received its largest-ever commitment from a law enforcement agency, a $92 million contract for FirstNet’s services,” Kelly points out. “That agency was the FBI.” 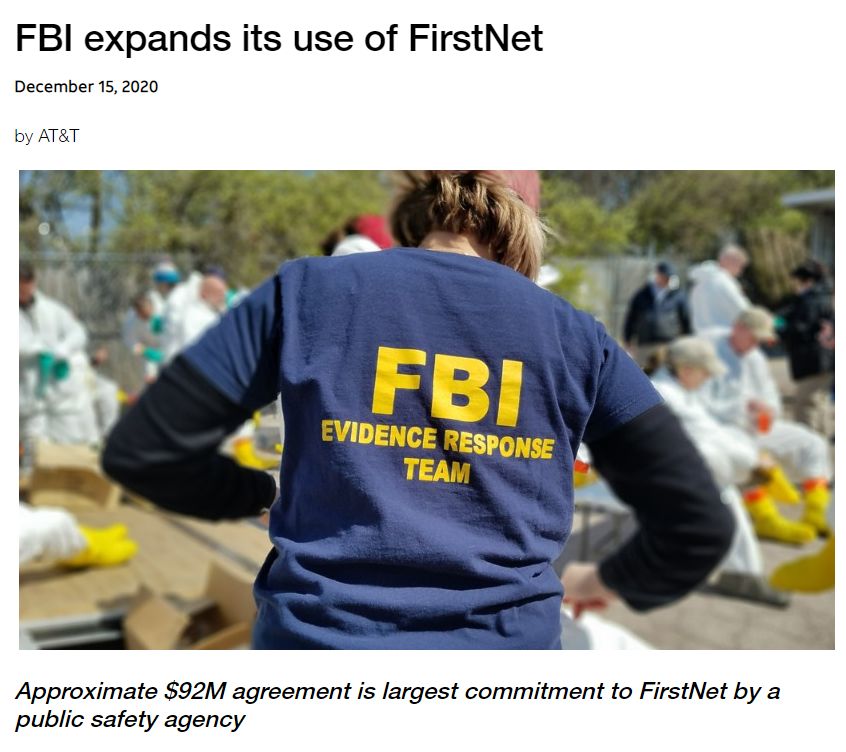 The FBI has plenty of explaining to do about its role in January 6. But so far, it refuses to give the American public straight answers. Add this to the list.