Florida governor Ron DeSantis’s press secretary Christina Pushaw is resigning. But the press secretary who has earned a reputation as a ‘based firebrand’ isn’t taking her rhetorical skills far. She is joining DeSantis’s re-election team.

She submitted her resignation to the Chief of Staff James Uthmeier and to the Director of Administration Dawn Hanson on Friday.

“It has been a great honor to serve the people of Florida under the leadership of Governor Ron DeSantis and his administration,” Pushaw wrote. “This letter is to officially inform you that I am resigning from my position as Press Secretary for the Executive Office of the Governor, effective August 12, 2022.”

Pushaw listed the many accomplishments that she was proud to be a part of as Governor Ron DeSantis’s press secretary. Her resignation can be read in full below: 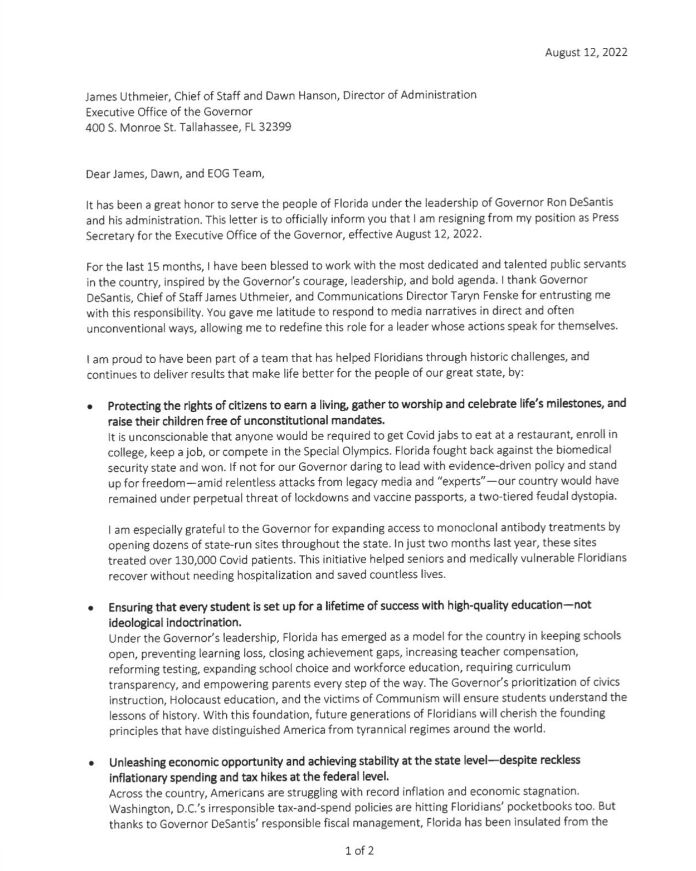 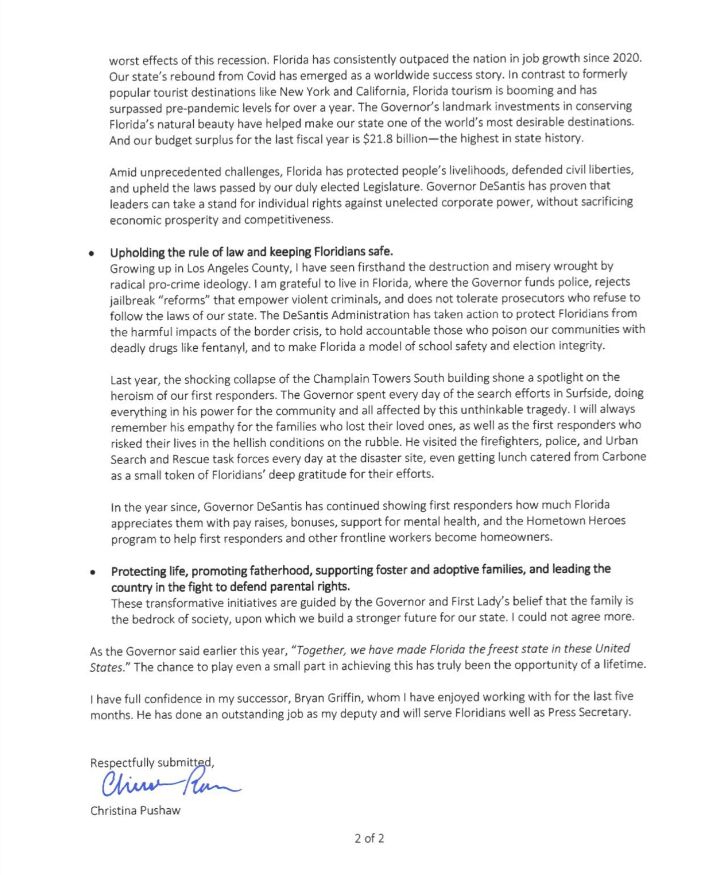 “Now the gloves are off.”

That is how Christina Pushaw announced her resignation on Twitter, along with the news the she would be joining DeSantis’s re-election team.

‘The gloves are off’

@BryanDGriffin is being promoted to Pushaw’s former position

“You think the leftist media loses their mind about ChristinaPushaw now?” commented Florida Voice’s Editor-in-Chief Brendon Leslie. “You haven’t seen anything yet…”